Kashmir is no less than a wonderland in India. I have been on hikes and treks in Kashmir with my wife Priya and friend Riyaz a lot of times. But all of them were either in the spring or in the summers, when the grass is green, the flowers blossom and the weather seem to take a long rest. But this time it was my first trek to Lidderwat in the winters. And oh boy! I had no idea what I was getting into.

How did it all start?

It all started when my wife planned a week long trip to Kerala with her family. I did not want to join this trip because I have already been to Kumarakom a couple of times and recently few weeks ago. And the first thing that popped into my mind was to visit Kashmir in the winters which I wanted for quiet a while. And for obvious reasons I did not want to stay back alone at home while my wife enjoys sunsets at Vembanad lake in Kerala. I just needed a return ticket from Srinagar and I hoped that my legs had enough endurance left after a month of winter laze in Delhi. I tried to search for information about winter treks, routes, dangers, photos and places to stay in Lidderwat but it was in vain. All of the search efforts and keys returned millions of results on Google but they were all about the summers. I called up my friend Riyaz in Srinagar and asked him to accompany me to Lidderwat. At first he was astonished to hear that I wanted to visit Lidderwat in the winters when even the locals do not dare to. At first he was in denial but I knew he will call me back as he too was a big time adventure addict and wanted to give his trek and travel business trekkashmir.com, a competitive advantage. He had all his plans in place and teamed up with his brother Shafeen and 2 porters and we were all set to go.

The bag is packed and I am ready to fly

You know that feeling while waiting for something that you believe has nobody done and you have no idea what you are getting into, it’s a weird mixed feeling in the stomach. I could not sleep that night, I had my flight at 8.00 in the morning and I was awake at 3.30. My wife too had to leave early on the same morning to Kerala. 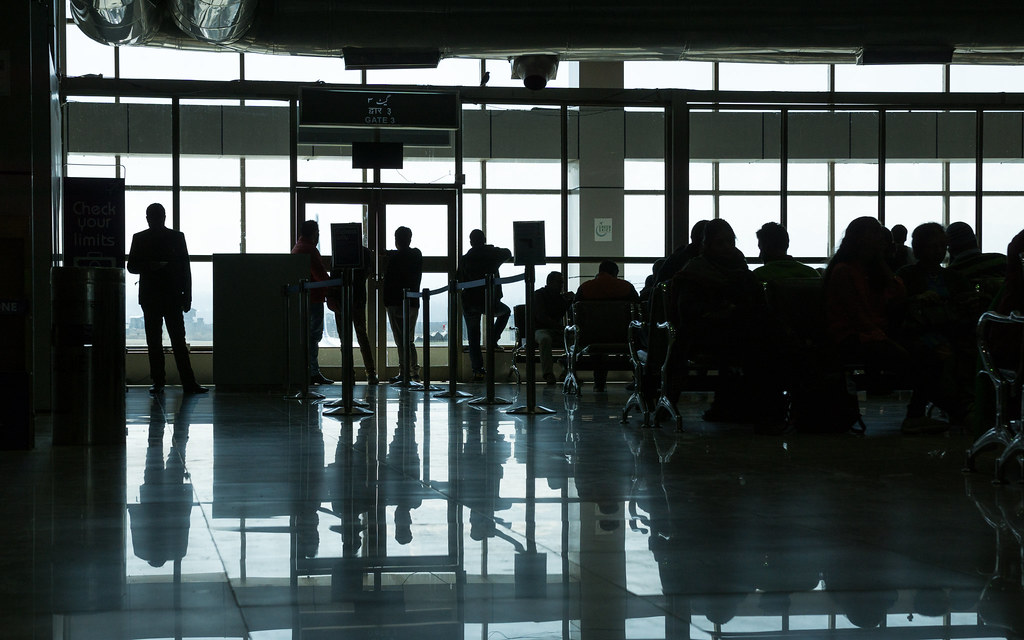 Flight to Srinagar from Delhi is around 1hr 15 mins. I felt an adrenaline rush when I was flying over the snow covered mountains in Kashmir. Everything was covered under a white blanket of snow. Riyaz was there to pick me up from the airport and we left straight for our base camp in Aru. We stayed the first night at Friend’s Guest House in Aru. The guest house was packed with skiers from all around the world. We got one room for 3 of us, me, Riyaz and his brother Shafeen. First night at a new place is usually rough for me without any sleep. It takes almost 24 hours to acclimatise to a new weather and place. But it was mostly Shafeen’s snoring that kept me awake through the night.

Leaving the world behind 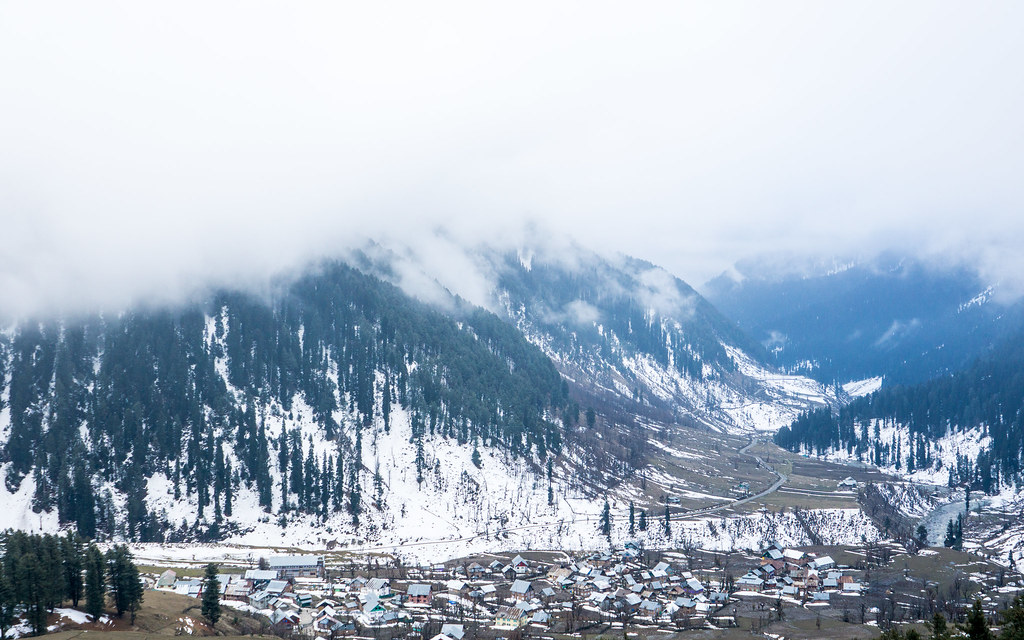 Most of the mobile phone networks lose coverage in Aru except BSNL. But as we ascended towards Lidderwat, just about 500 meters from the village we lost all communication with the rest of the world and from that point on we were on our own. The temperature up here around Aru was varying from from 0°c at night to 10°c in the day time. I was here for the same trek last summer but everything seemed different now. As the summers are very vibrant and colourful but in the winters it was either white, grey or blue. It was my first hike on the snow, I never knew how badly I can slip and tip over, get crushed or even get thrown out of track by the snow. The snow was fresh over the mountains and everything was wet, muddy and soft. It was an easy hike in the first 5 Kms and we took almost 2 hours to cover it. We had to walk over 1ft and 2ft of snow at some places, which wasn’t a big deal for me and was a piece of cake for the rest of the crew.

Betrayed by the weather 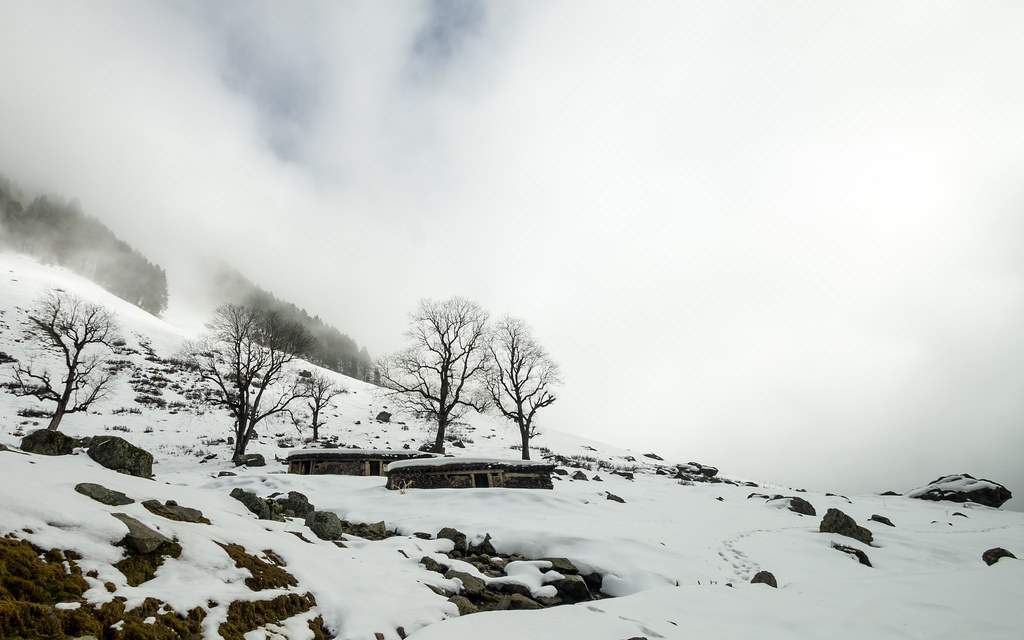 Its hard to predict weather in the mountains. Before starting our trek we had checked the weather forecast and we knew that we were going to receive some showers at night while having hot dinner in the camp and most of the way will have 2-3 ft of snow as the forecast was on a rising trend. What was supposed to be a 10 kms hike felt like over 25 kms for us. There was about 6-7 ft of fresh and soft snow that can engulf even the lightest person on earth. We were an average of 80kgs with the rucksacks. Every step of ours was a difficult one and it was as if we were climbing a wall of swamp. Every step took our feet deep by 5 ft into the snow. After an hour we could feel our legs giving away as our weight is now so heavy due to exhaustion. The snow was so deceiving that we could not make out whether we were stepping on a rock or the land. At times I tripped and slipped on the rocks and it was like leaving one of my legs stuck behind between the rocks. It wasn’t just the snow or the cold even the shoes started to give away as they were filled with water and started to freeze. That is when I realised how important it is to have proper season gears in the treks.

Essential and must have stuff

It was worth our efforts

We took almost 10 hours to reach our camp site in Lidderwat. The same distance I covered in about 4 hours in the summers. By the time I reached my camp site I was dehydrated and my brain was just about to shut down. Apart from all the dangers and so much hardship I knew it was worth it when I got the first glimpse of the place. 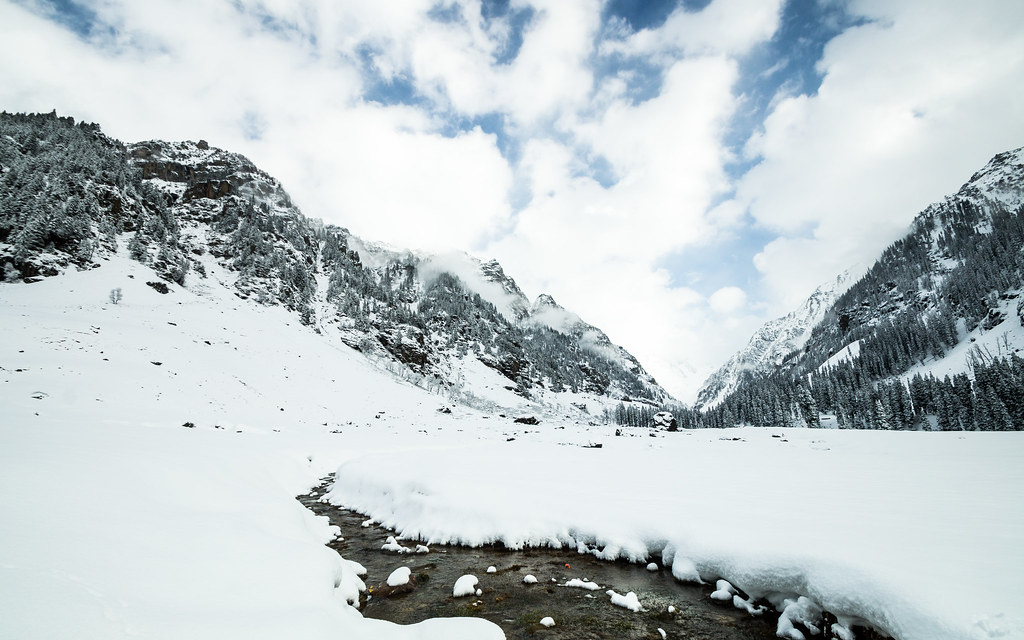 Read on how we made it back and how beautiful can Lidderwat be in the winters in my next post.