If you have read my previous stories, you’ll know that before going to a foreign nation, I do a ton of research. The most amount of time I spend reading is “beware” or “safety” in a country. This is particularly important while holidaying in a developing country, otherwise, you’ll find yourself in many unpleasant situations.

Being born and raised in India has helped me a lot, but even that didn’t prepare us for what we faced in Manila. Firstly, there is a severe shortage of taxis in Manila. If you are venturing out even at 6 am in a busy area like Makati or Quezon, don’t expect to find a taxi right away. There are often long queues everywhere and taxi drivers try to rip off as many people as possible, especially clueless foreigners. We were in Manila for 3 days during our trip in the Philippines and were ripped off (or at least targeted) in three different ways in different instances. 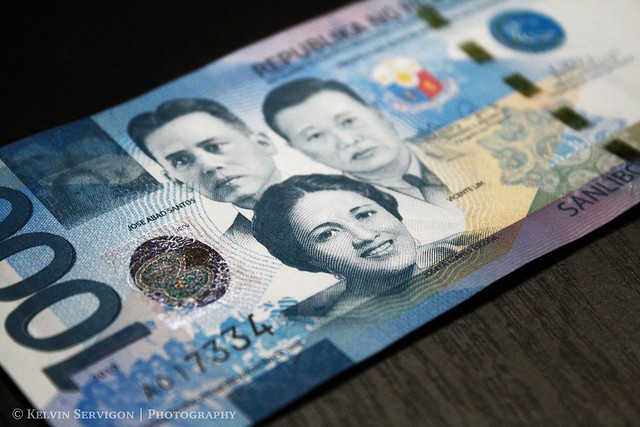 We landed in the Philippines on a bright, sunny day at 10 am. There was hardly any rush at the Arrivals. There were two types of taxis- white (the common taxi) and yellow (the airport taxi), each having a separate queue. We decided to take the yellow taxi (first mistake, because it is more expensive than the white one). The taxi driver seemed friendly and told us the important landmarks to hit during our stay at Makati City. The meter fare up to Makati City was 280 pesos. We handed him a crisp, just-out-of-the-atm 1000 pesos bill. This turned out to be a huge mistake. The taxi driver handed us a 500 peso note back and giggled saying that the rest was “tip”. We protested and he argued for a while. Too tired to fight any longer from the flight journey, we had to let it go.

Lesson: Never hand a big bill to the taxi driver. Hand him the bill that’s closest to your fare to avoid being scammed. 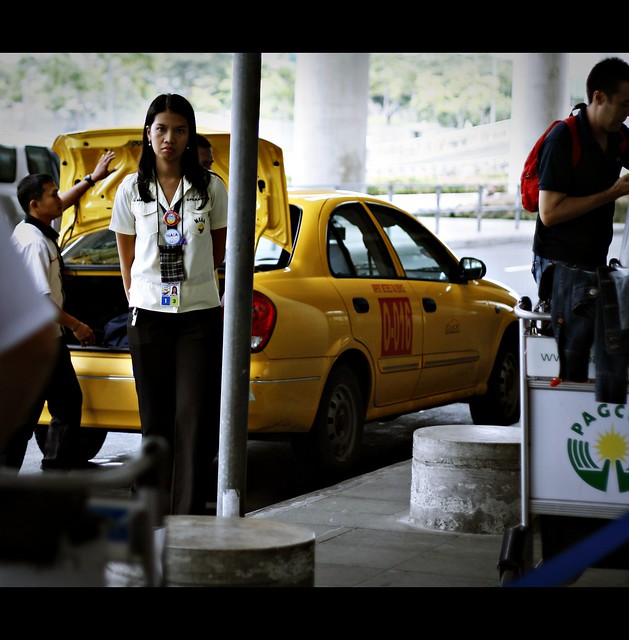 On our second day in Manila, we wanted to explore Manila Harbour and SM Mall of Asia and decided to go to Mall of Asia first. We took a taxi from our hotel in Makati for a fixed fare of 200 pesos. It was a smooth ride with little traffic. When we reached our destination and paid him the fare, the taxi driver beckoned for more money. Confused, Abhinash asked him what he meant. The driver replied “400 pesos”. We reminded him that he had agreed to take us for 200 pesos, to which he said that it was 200 pesos each! A small fight ensued and we threatened to walk off without paying him anything or inform the police. He started doing violent hand gestures which scared us a bit but passersby started noticing us. Luckily, we got out of the situation only 200 pesos lighter.

Lesson- always be prepared to face this anywhere in Manila if you are agreeing to a fixed fare before your journey or simply walk away from his sight without an argument as soon as possible.

Scam 3- The agent who tried to “help” us

This scam involved not only the taxi driver and us but also a middleman- the agent. As I have explained before, taxis are hard to find in Manila during busy hours. On that day we had reached the bus stop from our long journey from Legaspi at 7 am. The bus driver dropped us off at Mantrade, the main road where Makati City starts. We stayed put at the bus stop to hail a taxi to the airport, from where we had to catch a flight to Cebu. We were in no hurry our flight was not until 6 hours later. About fifteen minutes in, we hailed an approaching taxi but a stranger dressed in shabby clothes stopped us. He looked like a homeless man. He beckoned to us that he will hail the taxi for us. We ignored him and gestured that we don’t need his “services”. After that Abhinash and the stranger stopped the first taxi approaching us and said to the taxi driver at the same time: “Airport”. The taxi driver then spoke something in their local language to the guy and handed him a 50 peso bill. We got into the taxi and a few meters later, Abhinash told the driver to turn on the meter. He said “400 pesos”. We were shocked- the white cab is cheap, it takes hardly 150 pesos to get to the airport from Makati City. The driver explained hurriedly that the “agent” had fixed that price with us, which is why he paid him a 50 peso commission. We told him that we did not even speak to that guy because we are foreigners and he didn’t speak English. The driver quickly got angry and said “ILL KILL HIM” and started turning the car back. Scared out of our wits, we told him to drop us at the airport and go kill him later if he so wished. After much argument, we agreed to pay him the meter fare + the 50 pesos which he lost to that “agent”. He drove very rashly after that and we reached the airport in flat 20 minutes. The fare was exactly 200 pesos including the commission. Once again, we felt lucky to be alive after encountering a violent scammer.

Lesson: DO NOT talk to “agents” in Manila who offer to hail a taxi for you or avoid jumping into a waiting taxi. They trick you into paying at least 2x the actual fare.