I could not think of anything better than a bike to go around God’s country, Kerala. Why bike of all? was what all the people except Priya asked. It’s quite simple I work, save, travel and repeat. I work in a cubicle and a car feels nothing better than a cubicle with visual screens on all sides. Whereas a bike is a thing which tests me, feels me and gets me to the edge. Its the whole package which includes:

Above all I wanted was to see and feel the place and couldn’t choose anything better than the Royal Enfield. This time we were chasing waterfalls. We took a flight from Delhi to Bangalore from where we were to start our ride. Bangalore has plenty of bikes to rent, which is why we started our trip here. The route we were following was:

Going around in Southern India on a bike takes a toll. It needs proper planning depending on factors like:

We hit the road as soon as we arrived in Bangalore. Our first stop was Hogenakkal waterfalls. We took the toll road as it was going to be dark by the time we reached. The road became even more amazing during the sunset. Hogenakkal is around 150 Kms from Bangalore but we were there at the wrong time. We realized it after reaching, this year it did not rain at all in the south and river Cauvery which forms the beautiful falls was dry. It came to us like a blow but it could not stop us from continuing our journey to Shivasamudra. 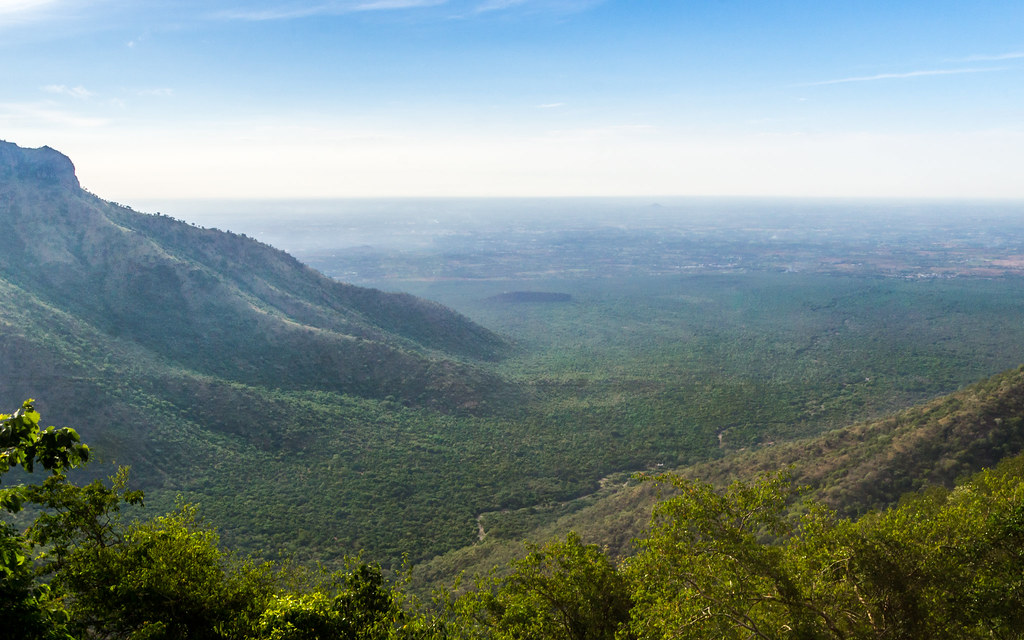 We took the state highway through forests, farmlands, and villages. It was empty and was even better and beautiful than the toll road we took from Bangalore. We stayed the night right in front of the falls but as hoped it was disappointing to see the falls so dried.

Rejoicing every moment in Munnar 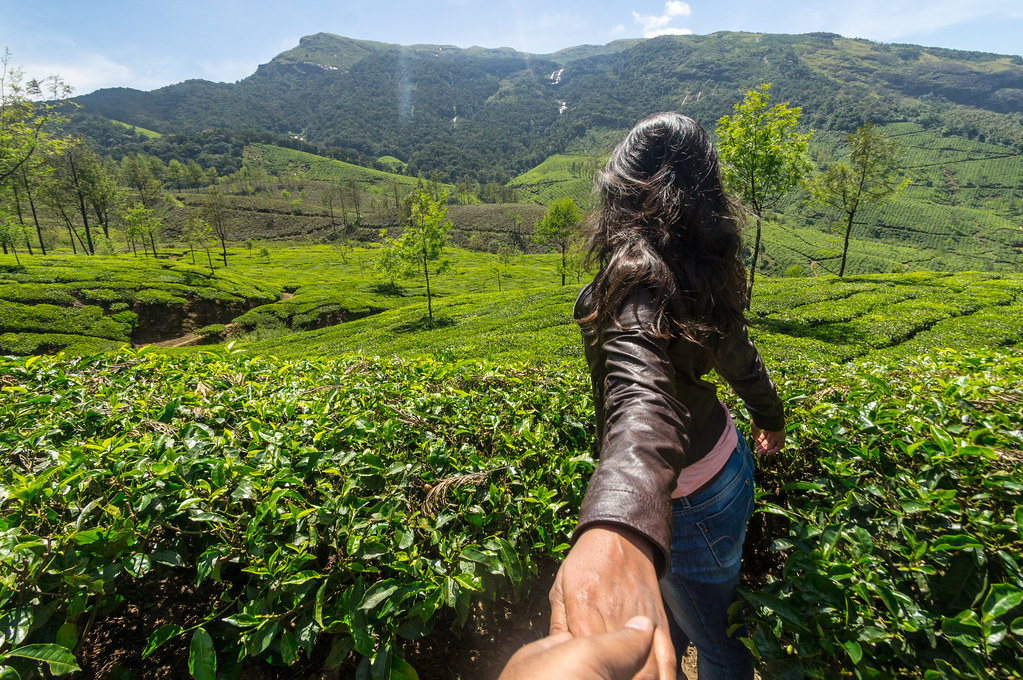 Our next destination was Munnar, after 2 disappointments we still had some craze left for Kerala. We left early from Shivasamudra, the roads were, as usual, beautiful and amazing. It was going to take us about 10 – 12 hours to reach Munnar and we were crossing Tamil Nadu, which was deserted due to no rainfall this year. By the time we crossed over to Kerala, we were drained as the noon was pretty harsh. But the beauty of Kerala was totally rejuvenating. A while ago we were questioning the hardships of our travel and now we were celebrating. We had saved quite a lot of time by cutting short our stay in Hogenakkal and Shivasamudra. As a result, we had extra days to spend in Munnar before heading towards Thekkady. We spent most of our time in the tea estates and munching delicious and spicy Malayali food. 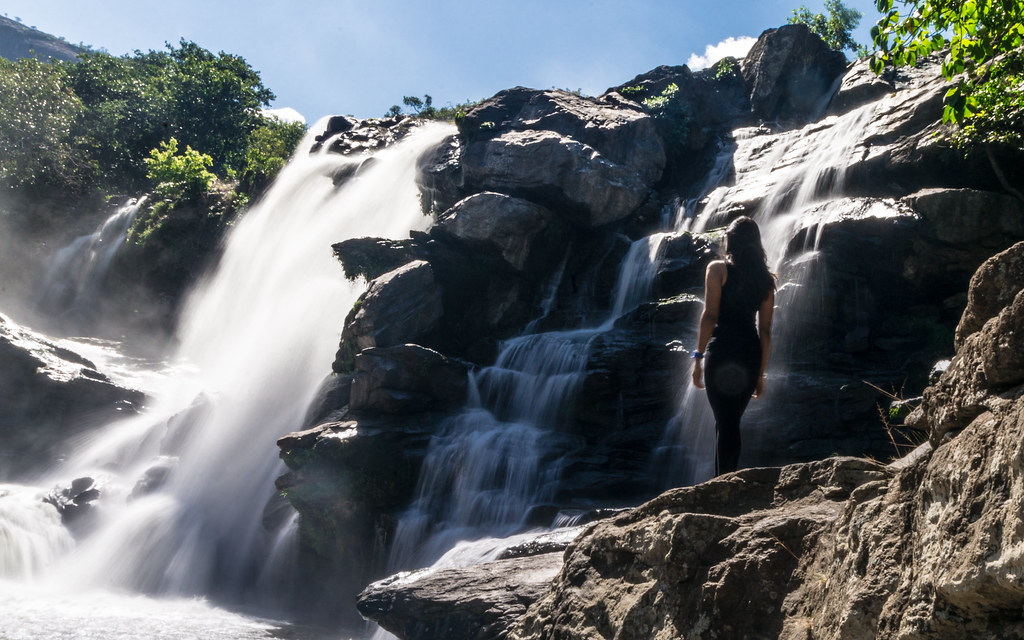 The falls is about 50 Kms from Munnar and well hidden in nature in the Chinnar forest. It is a 20 Km hike from the highway through a dense forest where you might come across a Leopard if you are lucky. To reach the falls we hired 2 rangers from the forest office on the way to Munnar. They charged us Rs 400 and promised us 4 hours of happiness, which was worth it. The falls can be seen very far away from the road but it will be a disappointment if you don’t visit it. 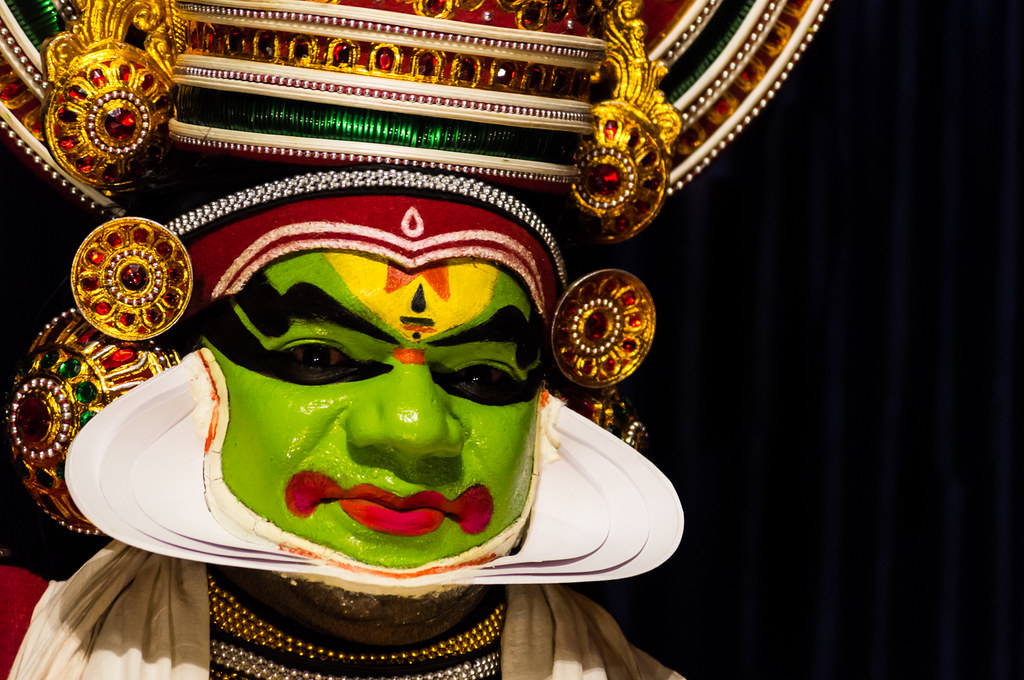 After Munnar, we were headed towards Thekkady which is farther south in Periyar reserved forest. The road from Munnar to Thekkady is a combination of State highways and village roads. To cut short the distance we took the village roads mostly and went off road too. We had Google maps to rely upon and it proved to be very helpful. Thekkady is a laid back town, unlike Munnar which bustles with tourists. We had to experience Kathakali and there was nowhere better than here. Mudra Cultural Centre has 2 daily shows of Kathakali and Kalarippayattu. Kathakali is more than just a dance, its all about expressions and actions. It was amazing to see how perfectly the actors enact the ancient story.

A short stay in Calicut 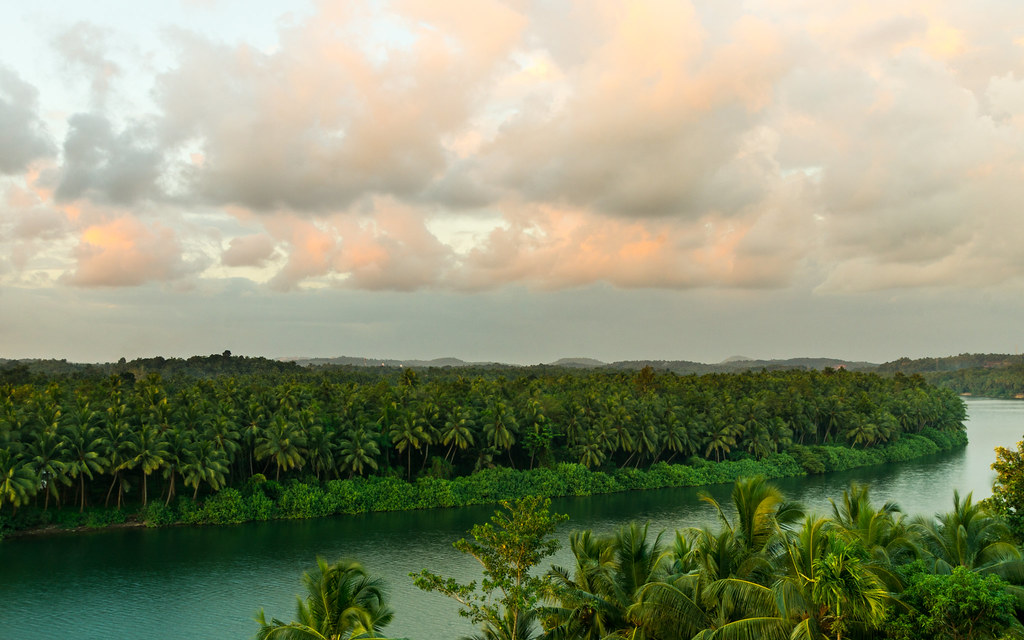 After Thekkady, we headed up north towards Wayanad. By this time we have covered a thousand kilometers of the ride and we’re going to ride for another 800 kilometers. So far we have relied on Google maps to help us navigate which has done an amazing job. Before reaching Wayanad we made 2 small stops in Calicut. It is a pretty populous city on the coast with delicious savory. The climate here is surprisingly good with the cold breeze on a sunny day. We reached by noon and it was sunny, by evening it became even better with clouds and hues.

Wayanad is a gateway to heaven 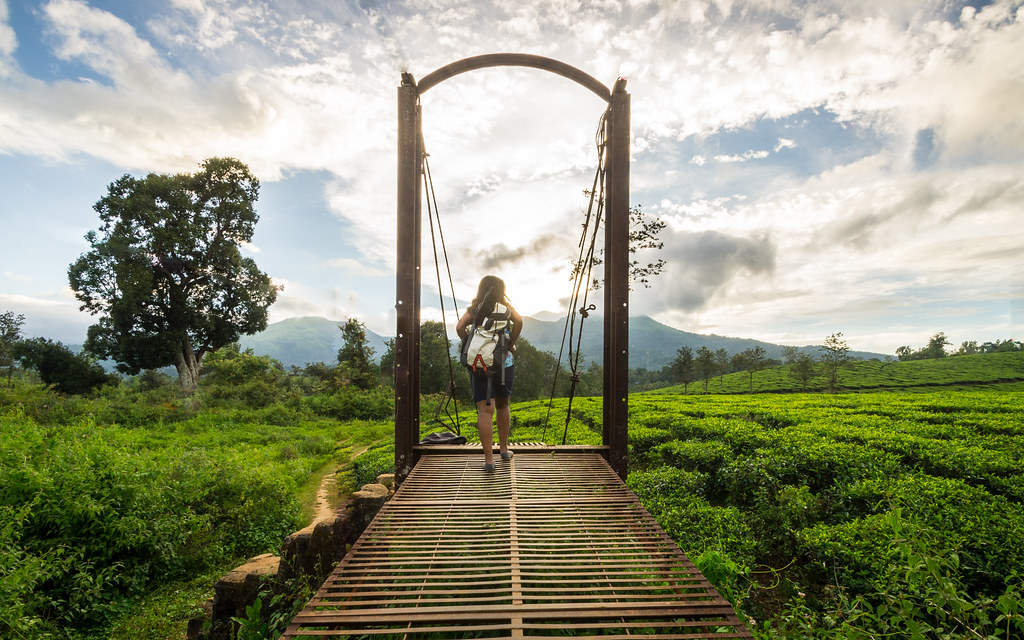 There’s no place in Kerala more beautiful and picturesque than Wayanad which is known for its beautiful and misty coffee hills. This wasn’t our first time in Wayanad but we can repeatedly visit this place for its food and hospitality. We stayed in Grassroots, in luxuriously comfortable tents situated in the middle of a coffee estate. People here always make you feel welcomed and would be glad to make arrangements to visit places locally.

Ending our long journey in Bangalore 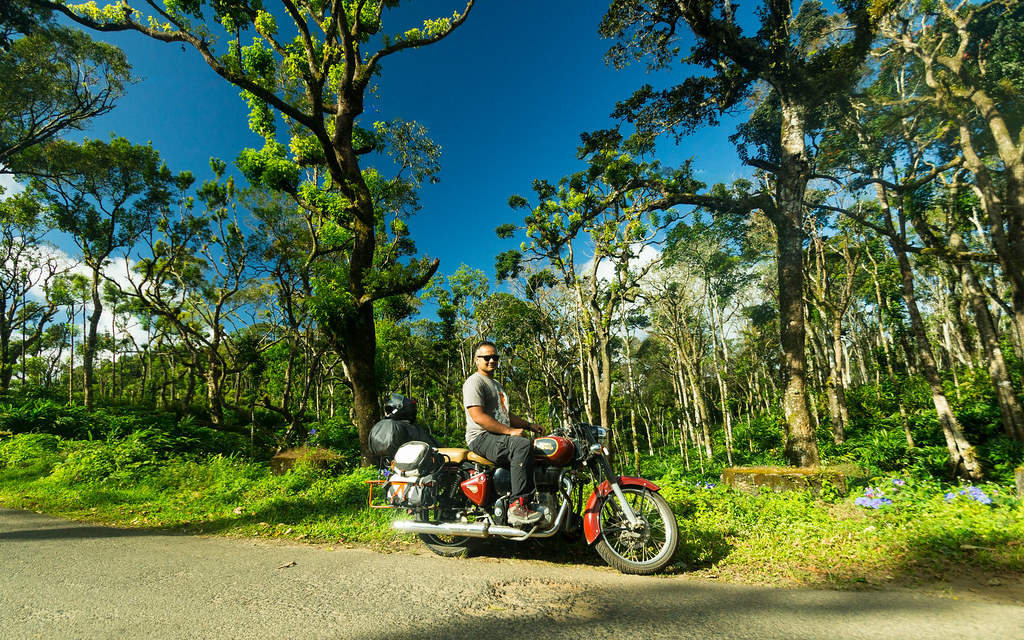 By the time we were back in Bangalore, we were rejuvenated and energized. The journey was full of:

When we finished our journey we knew that the one thing that we were going to miss the most was the bike. It had somehow become the dearest and closest thing and by this time while posting, I can feel my heart wanting more.